This is part 3 of series of article on SSRS.

In this article we are going to see on how to create a report without using the wizard which we used in our first article. The idea behind this article is we will have full control over the creation of report and we can customize it at any level as per our requirement. 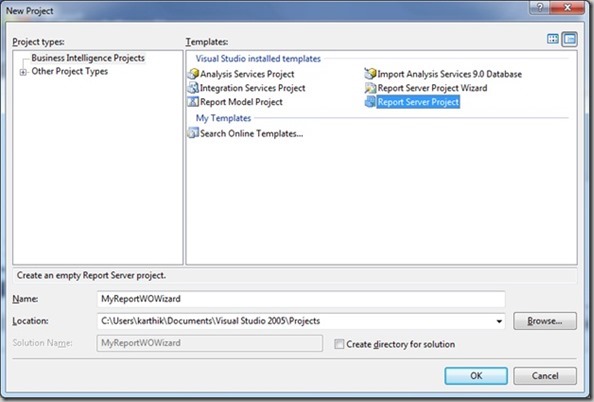 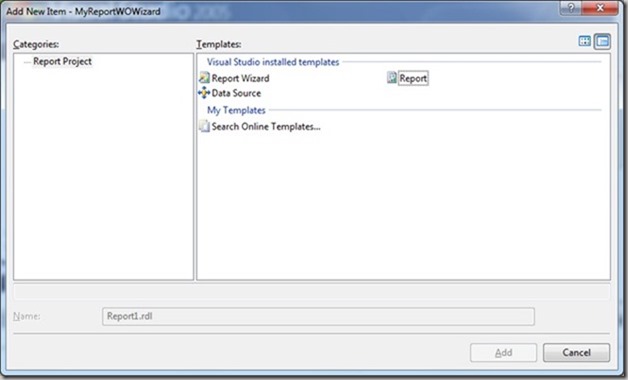 Now you will see the report designer window as shown in the below screen. 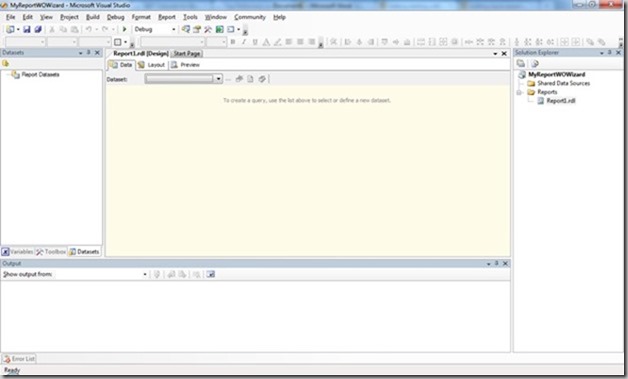 Here we have 3 tabs as Data, Layout and Preview. Data tab is used to select which data should we need to show in the report. Clicking on the Datasetà New Dataset as shown in the below screen will help us to select the data source 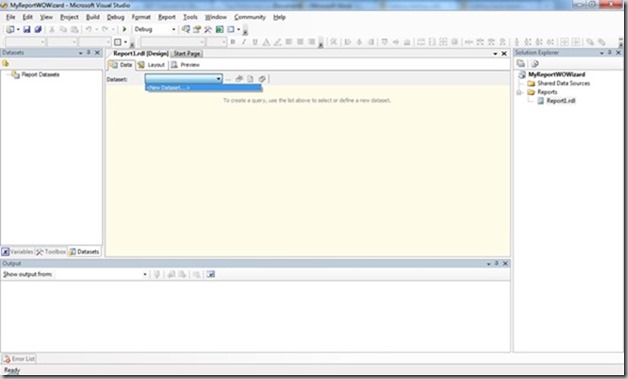 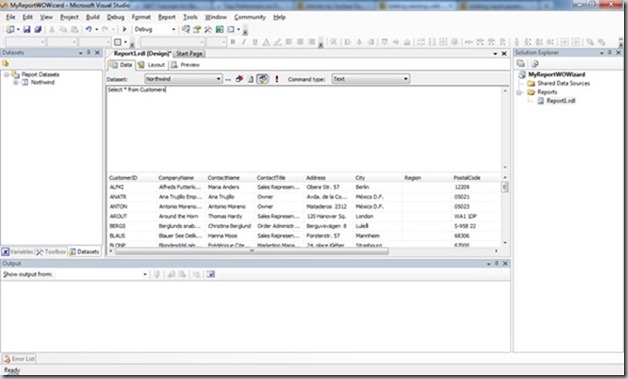 Now we can shift to the next tab which is LAYOUT tab, where we are going to design the report based on our requirement. Drag and drop the table control from the tool box to the layout screen then your screen should look similar to the one below 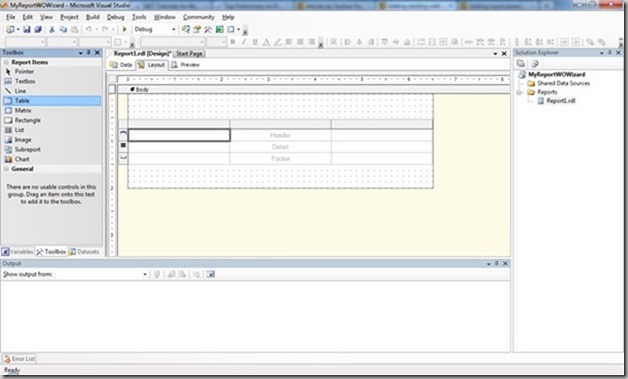 Now go back to the Dataset tool pane, and select the columns which should appear in which part of the report as shown in the below screen 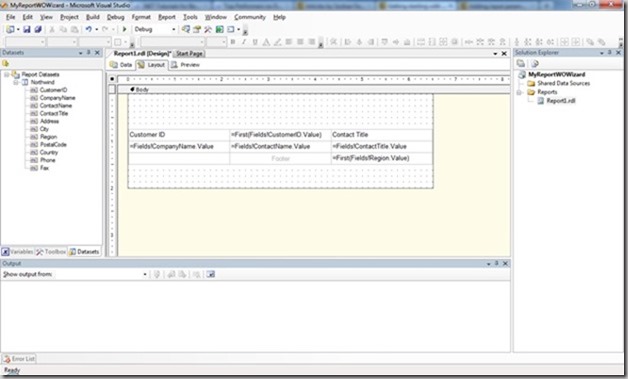 We can change the properties of the table report structure by pressing F4 will open the properties tab. You can see the below screen for the different options available to format or customize your report. 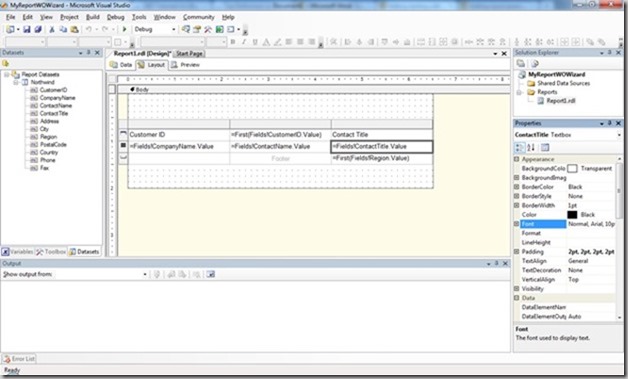 Now press F5 to run the application. It will ask for the Login credentials as shown below. Once we give the credentials it will fetch the report 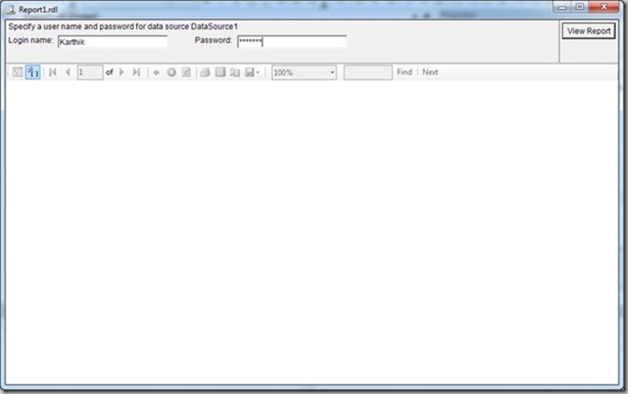 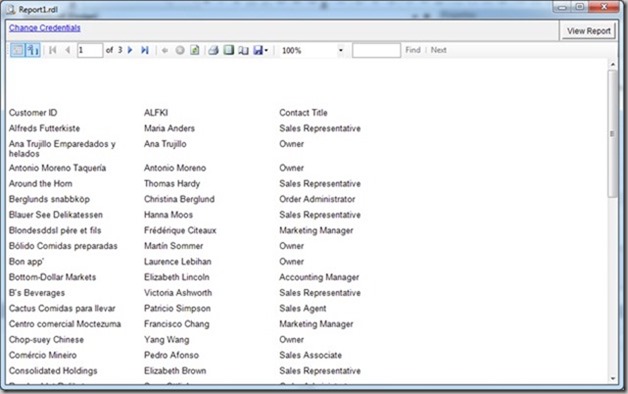 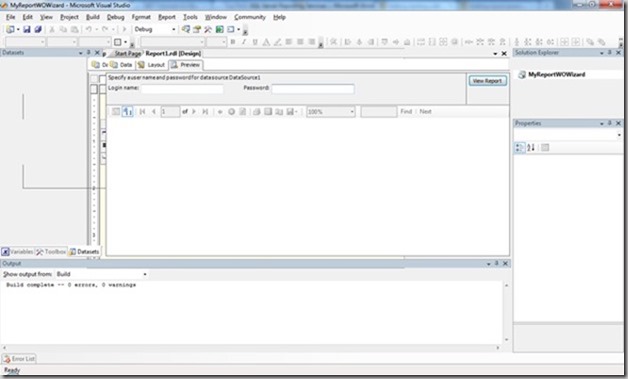 In this article we have seen on how to create a report in BIDS without using the Wizard and how to customize the report based on our requirement.

Karthikeyan Anbarasan (Karthik)http://www.f5debug.net
Karthikeyan Anbarasan, Microsoft MVP (Most Valuable Professional) in ASP.NET/IIS Architecture. He is the Founder and Chief Editor of the www.f5debug.net website and has authored books on Windows Phone and Business Intelligence(SSIS). He is also a Passionate Speaker and a Blogger on Microsoft Technologies.
You must be logged in to post a comment.
Next Post
Windows Azure Migration Assessment Tool (MAT)
Previous Post
SQL Server Reporting Services (SSRS) – Part 2- Deploying a Report