Microsoft recently announced that the next generation of Windows will be released by October 28th and its named Windows 8. The new feature of this release involve the Metro UI which is right from the development phase Microsoft advertised over to the community. But now we got some news that Microsoft is dropping the name “Metro UI” and renaming it as “Modern UI”. We have not got any official confirmation from Microsoft, but we can see few of the websites where Microsoft announced the upcoming events with the name Modern UI.

Windows 8 is the largest developer opportunity that combines the broad reach of Windows, our best in class developer tools and a re-imagined user experience with a new support chipset and industry-leading business terms built-in store.     [more] 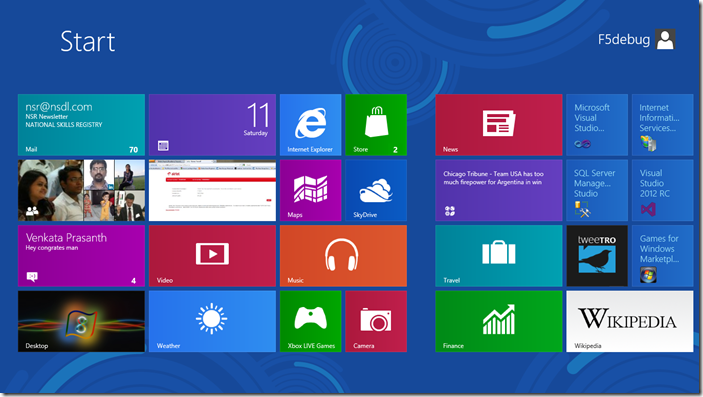 We can see the Modern UI name in the upcoming events that is listed in the Microsoft event page of Windows 8 ( Windows 8 Public Sector 1 Day DevCamp Series ). Microsoft, on the other hand, hasn’t confirmed the changes, leaving the us still looking for the official announcement. But it seems that employees at Microsoft have already begun using the brand “Modern UI Style” to refer to the new Windows 8 Start Screen, and “Modern UI” design in reference to its Windows 8 apps.

Anything currently/formerly known as a "Metro-Style application" (with or without a hyphen) will now be known officially as a "Windows 8 application." References to the "Metro user interface" will now be replaced by "Windows 8 user interface." And instead of saying "Metro design," the Softies and those adhering to their official guidelines will be using the words "Windows 8 design."

Windows 8 will be released on October 26th.

This excellent website really has all of the info I needed about this subject and didn't know who to ask. |

First of all I would like to say excellent blog! I had a quick question in which I'd like to ask if you don't mind. I was interested to find out how you center yourself and clear your mind before writing. I've had a difficult time clearing my thoughts in getting my ideas out there. I do enjoy writing but it just seems like the first 10 to 15 minutes tend to be wasted just trying to figure out how to begin. Any recommendations or hints? Kudos!|

Howdy I am so grateful I found your website, I really found you by mistake, while I was researching on Bing for something else, Regardless I am here now and would just like to say cheers for a fantastic post and a all round entertaining blog (I also love the theme/design), I don�t have time to look over it all at the minute but I have book-marked it and also included your RSS feeds, so when I have time I will be back to read a lot more, Please do keep up the superb b.|

Ahaa, its pleasant discussion about this piece of writing at this place at this weblog, I have read all that, so at this time me also commenting here.|